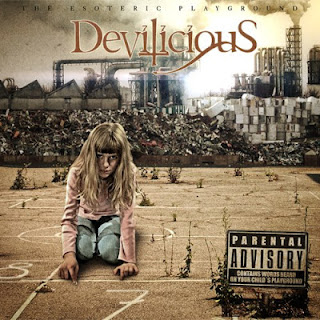 Bearded rockers Devilicious made their debut not that long ago, and now follow it up with yet another slab of raunchy, diesel infused heavy rock. I liked the debut and the follow-up does not disappoint me. This one feels a bit more rock ‘n roll and a bit looser. The band reminds me quite a bit of Volbeat with a touch of Hellacopters and Motörhead in a threesome with Mustasch. Mikael Jacobsson has quite a personal voice which fits the style perfectly, but it may not be for each and every one. Just like Volbeat, it sounds like Elvis has been an inspiration, especially in a song like Red Heat In Bed. Good and solid production!
Janne Stark
Label: Rambo
Country: Sweden
Year: 2012
Link: www.devilicious.se
Posted by Janne Stark at 13:17 No comments: 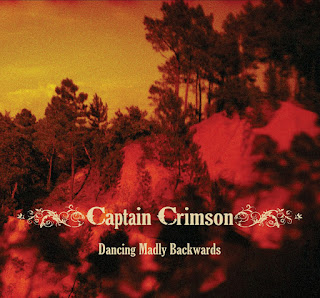 With a band name like that and an album title taken from a classic old Captain Beyond song, I was pretty sure what to expect from this album. Well, opening track Lonely Devils Club proved me correct within its first five seconds. We are of course talking hard rock sounding like it was recorded in 1972, both regarding the songs and sound. Transubstans is Sweden’s number one label in digging out these bands with previous find such as Gin Lady, Blowback, Ambramis Brama, The Brimstone Days, The Graviators etc. I must however say if you’re expecting the perfect blend between Captain Beyond and King Crimson, you’ll be disappointed. To me Captain Crimson sounds more similar to bands like Bull Angus, fully comparable to Swedish bands like Witchcraft and Graveyard. Not overly distorted guitars, a very ambient and dynamic sound very similar to the good old days. Props to Jocke Frisö for his mix. The singer also sounds very authentic, and reminds me a bit of Spice of Band Of Spice/Spiritual Beggars. Listening to the songs, there’s no doubt these guys have been breastfed liquid vinyl and given nothing but analogue toys. The songs give me no reason to complain either. This is really good stuff! When I read the final track was named Dancing Madly Backwards I was of course 100 % certain this was a cover, showing where they got the name from. Wrong was I. The band had written their own Dancing Madly Backwards. Hmm… I’m a little bit split here. For us fans of early seventies hard rock, it’s like penning your own song and name it Smoke On The Water or Stairway To Heaven. Confusing. Still, it’s a great track so I won’t complain. Fans of authentic seventies hard rock should not miss this one!
Janne Stark 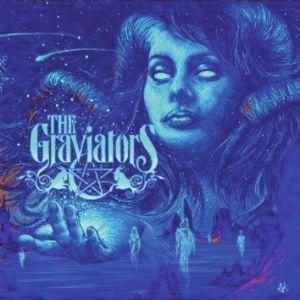 Karlshamn based stoner rockers The Graviators released their excellent debut two years ago, on Transubstans Records. They have since been picked up by (a bit surprisingly) Napalm Records and now the first fruit of this collaboration has been unearthed. The band’s second effort is entitled Evil Deeds and was produced by experienced stoner (among others…)  producer Berno Paulsson, who has put his mark on bands like Spiritual Beggars. The Graviators could be placed in the same category as the Beggars, but topped with a classic Count Raven doom feel. Great retro sounding riffs, well-played and great sounding. Singer Niklas Sjöberg sounds a bit like a mix of a young Ozzy and Count Raven singer Chritus Lindersson, which may not be for everyone, but to me it fits the music perfectly. I also really like guitarist Martin Fairbanks Iommi-style soloing, and of course the band’s tight rhythm union consisting of bassist Johan Holm and drummer Henrik Bergman, who reminds me a bit of Ludwig Witt at times in his groovy loose playing. The song material is really strong and doesn’t just rely on simple riffing or chord plodding, but cool rhythmic variations and great intricacies that take the songs to a new level. Just listen to the swing style of The Great Deception, a killer song indeed! There’s also a bit of vintage Sabbath in songs like Häxagram. The Graviators manage to bring, if not new, but at least exciting things into a long running and pretty overexploited genre. Buy Evil Deeds and Sideburn’s IV Monument and you’re set for the time being (there are actually a few more you should check out). The album is also available in a limited beautiful double-LP version.
Janne Stark
Label: Napalm Records
Year: 2012
Country: Sweden
Posted by Janne Stark at 13:08 No comments: 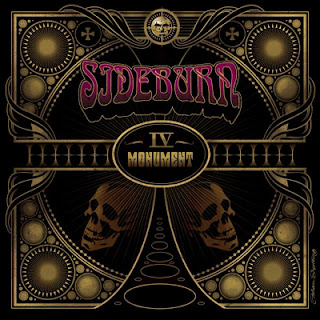 Fuckin’ hell!! I was just run over by a riff! Sideburn really show they mean it when opening their new album with the tank-like riffing of Diamonds. What a kick in the nuts! Great feel of vintage Sabbath and a production that moves mountains. Can’t help thinking singer Jani Kataja reminds me a lot of former The Quill singer Magnus, which is a really good thing indeed. Not your ordinary low tune vocalist, but more melodic and high register, which compliments the dead heavy riffing of songs like Fire And Water just perfect. Sideburn could easily be labeled a stoner band, but they are so much more. In some moments they remind me a bit of Spiritual Beggars, then there’s some good old Black Sabbath and in the slower and cooler number, Crossing The Lines they remind me of Swedish retro colleagues Siena Root. Tomorrow’s Dream is not a Black Sabbath cover, but ironically the intro reminds me a bit of Mob Rules. Awesome tune! Guitarist Morgan Zocek is a killer guitarist, actually with some hints of John Sykes in his vibrato. When the slow and concrete heavy riffing of The Last Day starts, Candlemass immediately comes to mind. This is doom at its finest. Next up, in Silverwing, they return to the slightly psychedelic vein of Siena Root, but with a touch of Grand Magus. This is really great stuff, I must say! Versatile, yet consistent, heavy, yet melodic. I really love the band’s sound in general, the vocals, the instrumental performances, the sound and the song material. I did like the band before, but this time all the boxes are ticked! Well done!
Janne Stark
Label: Transubstans
Year: 2012
Country: Sweden