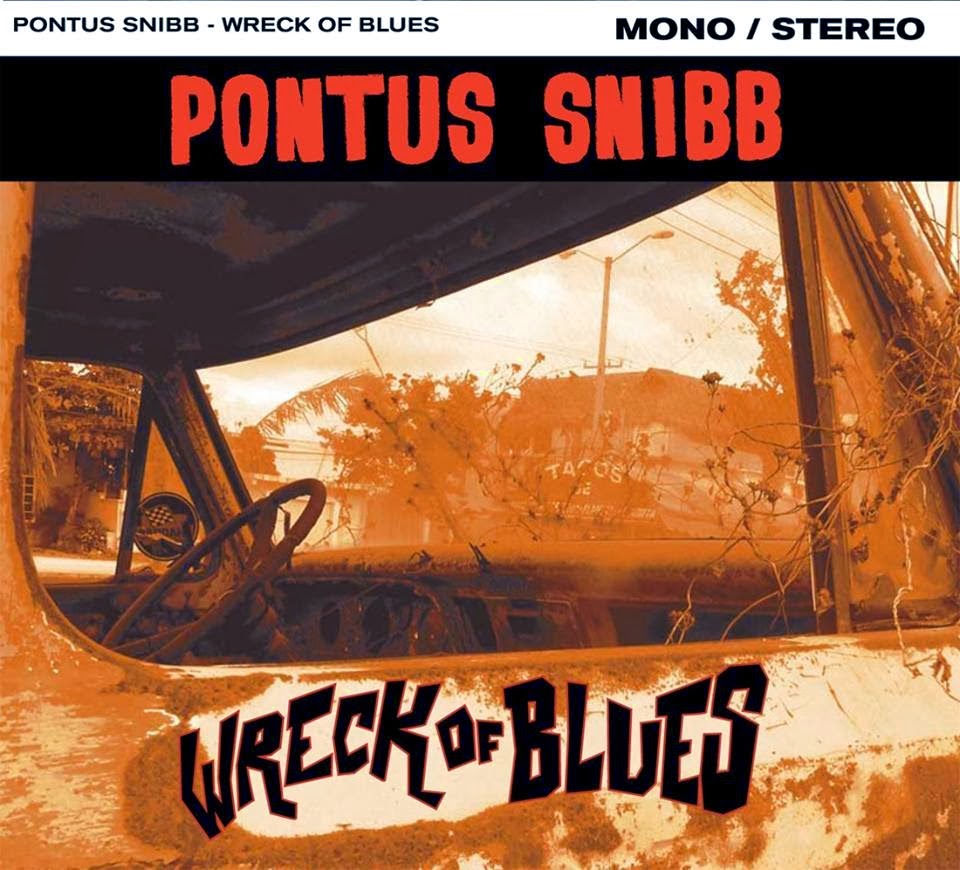 Pontus Snibb is probably most publically known for his work as singer/guitarist with diesel rockers Bonafide or as drummer in Jason & The Scorchers, but he actually started out playing straight ahead blues and has released some great stuff in that genre as well, such as Admiral Street Recordings I and II. He recently also released a riff rocker under the moniker Pontus Snibb 3, or PS3. Wreck Of Blues is however released under his own name and here he goes back to the down and dirty blues roots. It’s not your average white-guy-trying-to-mimik-Robert-Johnson style blues, but heavy and dirty blues rock with a twist. The sound is organic and earthy, but still mud-filled and shit-stained in the finest of ways. The album kicks off with the chugging, upper mid-tempo More Blues And Blue Songs, with a touch of Eric Clapton in the chorus. Same Same draws more from old classic blues foxes such as BB King and John Lee Hooker mixed with early ZZ Top. The same goes for No Peace Of Mind which also makes me think of the first ZZ Top album, actually with a touch of Louder Than This by Aussie rockers Tracer. You should of course also check this album out of you’re into current blues rockers such as Philip Sayce, Gugun Power Trio, Craig Erickson or Vdelli. A high-quality blues rock effort from beginning to end, featuring Pontus’ raw-edged killer voice and first class guitar playing. Drums are handled by his dad, Håkan Nyberg (Nationalteatern) and the bass work by former Bonafider Micke Nilsson. Highly recommended!
Janne Stark
Label: Off Yer Rocka
Country: Sweden
Year: 2014