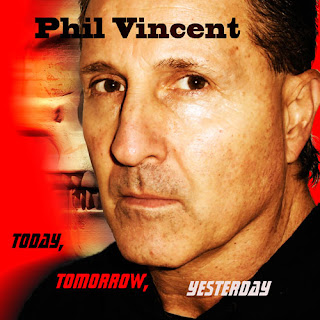 Phil Vincent has a number of releases on his conscience. In 2019-2020 alone he has released a bunch of albums with Tragik, Legion and D’Ercole, and here comes his ninth (!) solo album. If his other bands and projects leans in other directions (not too far, though) his solo album is pure melodic hard rock/AOR. This is really a solo album in all senses. Phil handles vocals, bass, keyboards, rhythm guitars and drums, plus he has produced and mixed the album. The truth is he’s very, very good at all of it! The lead guitars are handled by Vince O’Regan. In songs like “Flying High” and “Pictures” I do hear a bit of classic Asia and even a touch of Electric Light Orchestra. This is by no means mainstream AOR, but nicely arranged and composed melodic rock. My only, and yes, the only, complaint would be I sometimes find the programmed drums a bit annoying. It’s works fine in most of the songs, but in faster tracks like “Voices” it’s too stiff and you lose the swagger. The track itself is a killer that would also have fitted nicely on the latest, and outstanding, Tragik album “Faith Healer”. But, as I said, that’s my only complaint on a really good album. I must also point out that Phil is a kick-ass singer who deserves to be heard!