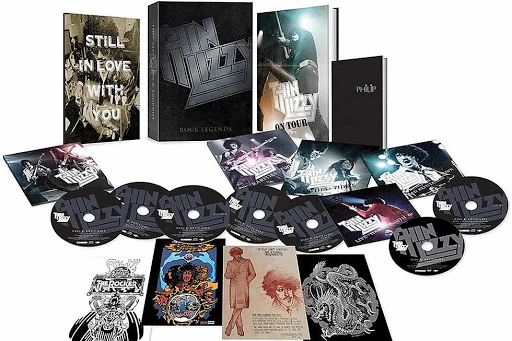 - Classic UK band Raven is back with a vengeance (not that they have ever vanished). "Metal City" is prbably my favorite Raven album since the debut!

- I must admit I wasn't expecting this AT ALL!! The last time I saw the Cult live, they were actually a little bit tired. This album is anything but "tired". Awesome!!

5. Kansas – "The Absence of Precense"

- Another band with only a few original members, where my expectations weren't sky high, even though I've thoroughly enjoyed their latest releases. This was better than expected! A killer album!

- Here's a band I've really missed for so long. The reason for this album may be a sad one (these were the last songs Elyse recorded before she passed away of cancer), but the album is a great one!

- Sweden based retro rockers Lucifer does a "third time lucky". Well, they have actually been "lucky" all three times!

- Being a huge fans of their first two albums, at first I was a bit hesitant about the concept of a band like this using different singers. But after a few spins it fits like a glöve!

- This Danish trio totally knocked me off my feet with their debut, and they still do!

- Another "oldie" that still deliver full on!

- An outstanding Swedish/English band that released their first album in the 70s, disappeared and reappeared with a vengeance!

- A new acquaintance for me. Outstanding retro rockers!!

- And the UK delivers! Another "new" band for me. Ordered all their albums and wasn't disappointed - at all!

- Well, not a new album per se, but the songs haven't been properly released, it's Clutch and it's great!

- Ok, so maybe this shouldn't be in here since I play a guest solo. F**k that, this is a great album by the most prolific singer in hard edged melodic rock, Phil Vincent!

- These Swedish proggy rockers continue to deliver! Another killer release!

- This outstanding album just squeezed in on last place, because I received it in the last minute. Great album!