Here's some short comments on some new releases. Longer reviews will follow.

STORMZONE - "Death Dealer" (SPV) - I've seen this Irish bunch of rockers a couple of times and they always deliver live. The new album has been quite a while in the making, but now it's finally here and it was worth waiting for. Classic melodic metal with great vocals from Harv Harbinson and great guitar work!

BULLET FOR MY VALENTINE - "Fever" (Sony Music) - It took me a while to actually even check this band out as I wrote them off as "kiss-ass-nu-metal-popsters". Wrong was I. If you're into bands like Avenged Sevenfold, this should not be missed. Their previous album "Shoot Aim Kill" was very good, but this one really kicks ass! A bit heavier. Great guitarwork and SOLOS, yes indeed!

SCORPIONS - "Sting In The Tail" (Sony Music) - I can actually see why they leave off with this album. It's the best they have produced since their haydays. "Unbreakable" was a good step on the way, but here you get the full monty. This is the Scorps back in their best 80s suite. Great stuff!

Y&T - "Facebreaker" (Frontiers) - OK, my hopes may have been set a little bit too high. It's good, it is, but it does leave me a bit empty. There are some killer tracks here, but there are also some songs that I don't remember even after 4-5 listenings. I'll give it another shot, though, as I do love the band.
Posted by Janne Stark at 06:51 No comments: 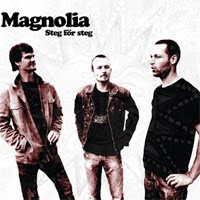 Abramis Brama, Svarte Pan, Horisont, Mouchta and Magnolia. Just to name a few. It’s fun to see our country’s hard rock forefathers November have inspired so many new and great bands. Magnolia have now released three albums, the same amount November made during their short time of existence. The development for Magnolia have certainly progressed, even if I really liked the band even from the start. What hit me is that the production feels so much more solid on this album. It has really nice dynamics, free from all destructively over-the-top in-your-face mastering and mix. Despite this the sound is really fat and heavy with a classically seventies inspired broad stereo sound. Furthermore the guitars are heavy and raw but without being over-distorted. I can almost bet it’s pure tube amplification we’re hearing, it does really sound that way. Also, the drums are nicely liberated from any triggs and added sounds, instead they have gone for a Bonhamish room sound which can only be obtained using real drums in a real room. Just listen to the intro of “Nu får det vara nog”. This, in combination with Ronny’s fat distorted bass á la Felix Pappalardi makes this a sound for sore ears. Ronny is also a great singer and he, of course, sings in his mother language (Swedish if anyone wonders). I also feel the songs on the new album are stronger than ever, with a multitude of killer riffs nicely baked into the groovy songs. In the track “Jag vandrar” they have even succeeded making a Fender Rhodes piano sound heavy, which is an achievement well worth noticing! This album is a treat for us fans of seventies classics like Mountain, November, Cream, Blue Cheer etc. I’m actually quite impressed Ronny has succeeded in writing so many great riffs, that despite this well-explored genre, feel fresh and new. I actually didn’t feel any recognition of any other “oldie” in any of the songs. Of course you will hear traces of the influences, but the songs sounds new. Just like “the elder” is by no means a one track album, but spreads out into other musical areas, such as the cool jazz-bluesy, but still quite heavy “Jag vandrar”, with a killer guitar solo by Mark Tholin (who also handles the piano). Another example is the happy instrumental “Arbetar I solsken”, who also walks its own little path. A truly awesome album which is in it absolute top of all the current November worshippers’ works! Check it out!
Janne Stark
Year: 2010
Label: Transubstans
Country: Sweden
Link: http://www.myspace.com/magnoliarock
Posted by Janne Stark at 23:57 No comments: 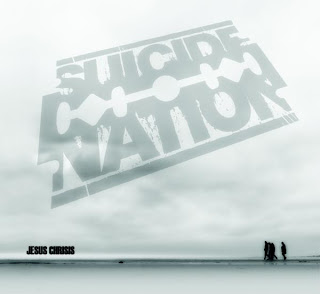 Swedish heavy thrashers Suicide Nation made their debut in 2005, entitled “Evilution”, and the follow-up “Vaya Con Chaos” came two years after. Keeping the two-year sequence, they unleashed their third effort late 2009. It’s however definitely not too late to review it! I hadn’t heard their earlier releases when their third effort ended up in my mail box. Now I have to get those, too, because this friggin’ rocks!!! Imagine a mix of Black Label Society, Mustasch, Spiritual Beggars and Soilwork. Heavy, raw, skullcrushing metal with a touch of thrash mixed with a fat stonerish vibe. These guys know how to write earth shattering riffs! It’s however not without dynamics which shows already in the second track “Holy Book, Holy Lies, Holy Water” with its clean guitar parts thrown in. They’ve also got a really cool heavy groove going on, which they prove in stomper “The Load”. The track “Hypocrite” sounds quite a lot like LOK but with more melodic vocals and in English and with a guitar solo. Killer track, indeed! Daniel Löfgren is a rough edged singer with a broad vocal spectrum, from cool soft almost bluesy vocals, like in the melodic “God Is Not The Answer” (hmm… do I sense a lyrical theme here?) to pure brutal gutsy roars like in opener “Remains”. At times he reminds me a bit of Spice (ex-Spiritual Beggars) but with a bit more variation. This is all in all a really evenly strongs album. No classics maybe, but definitely not any fillers. Each track has its own right to be there and fills its purpose, which is to make this one solid rocker of an album. Great production, too! Highly recommended indeed!
Janne Stark
Year: 2009
Label: Godsize
Country: Sweden
Link: http://www.myspace.com/suicidenationswe
Posted by Janne Stark at 23:25 No comments:

Talk about a CD with postponed release date, almost competing with Guns ’N Roses ”Chinese Democracy”! The big difference is however that this one was really worth waiting for! When I did a gear-interview with John, at the time the new Europe album was released, he revealed his new solo album would be of the ”bluesier kind”. His last solo album ”Optimus” was more in the same vein as Europe’s reunion-platter with detuned riffs and a more modern approach, an album that didn’t fully hit home with me.

Ok, John, all is now forgiven; ”Play Yard Blues” is the album we (at least I) have been longing for. Here he shows his love for the seventies, both in his own songs and in his interpretations of Frank Marino’s ”Ditch Queen”, Mountain’s ”Travellin’ In The Dark” and Thin Lizzy’s outstanding ”It’s Only Money”. If we start with the cover songs, he hasn’t strayed away too much from the original versions. For example in ”Ditch Queen” he sounds very much like Frank both in his vocals approach and in his lead guitar playing. The influences really shine through. The opening track of the album, “Let It Shine”, also could have been penned by said Marino with its heavy and slightly funky verse riff. If John had to hold back on his solos on the Europe album, he’s really compensated it here. I’m not saying he’s over-playing, but where there’s place for a nice lick, he sure doesn’t rob us of the moment. In “Red Light Green High” he also shows a slightly cooler side, which made me think of bassist Tomas Torberg’s ordinary band Plankton. Norum also sings really laid back and nice on this one, something he also does in “Over And Done”, which stylewise made me think of some of Glenn Hughe’s better solo albums.

A singer John has used on some of his earlier recordings is Leif Sundin, a sadly rarely heard killer vocalist these days. Here he puts his vocal flair on the classic hard rocker “Got My Eyes On You” and the CD’s heaviest and most modern sounding track “Born Again”, the only track with detuned guitars. It however doesn’t stick out in a negative way, but more completes a great collection of tracks. The album ends with the title track that, as the title may suggest, is a play yard for guitarist, an instrumental improvisation number in the sign of blues with Europe colleague Mic Michaeli adding some nice Hammond organ to the brew. I’d also like to give some praise to John’s tasty rhythm boys, the outstandingly groovy Tomas Broman on drums and the aforementioned Plankton bassist Torberg, not forgetting percussionist Peer Stappe. These guys really put the swagger in On-mode in this killer retro-journey. Hats off to a first-rate craft and an album that has found its way nicely into my car stereo and will surely stay there for a long time ahead.