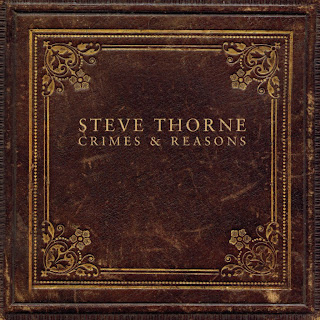 I have a couple of albums by UK progster Steve Thorne and to be honest they haven’t visited my CD player that frequently. Not that they are by any means bad. When I listen to the new album I do understand why. This is very middle of the road, melodic prog with a touch of pop. At times it reminds me of Asia, but in comparison even they are “heavy”. It’s very smooth, a bit too smooth for me I’m afraid. But, like I said, it’s by no means bad. It works really good as background music for me. No thorns (no pun intended), no sharp edges and no outbursts whatsoever.
Janne Stark
Country: UK
Year: 2012
Label: Giant Electric Pea
Link: www.steve-thorne.co.uk <http://www.steve-thorne.co.uk/>
Posted by Janne Stark at 14:37 No comments: 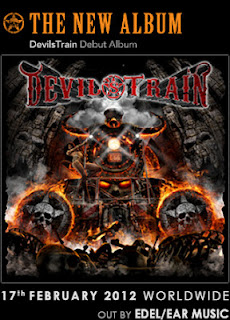 Now we’re talking!! It was actually a long time since I started headbanging by the computer while listening to a CD. International collaboration Devil’s Train, featuring singer R.D. Liapakis (Mystic Prophecy), guitarist Laki Ragazas, bassist Jari Kainulainen (Stratovarius) and drummer Jörg Michael (Stratovarius) relay melts together in a highly interesting and powerful way. This is a pretty classic melodic metal album, but the songs have a drive and energy I miss in so many of today’s bands. I’d compare this to Victory’s album Voiceprint, which is another album which may not be an album full of bells and whistles, but it’s just a damn great album to rock out to. This album kicks out rocker after rocker with killer vocals, awesome guitar playing and a sound that really kicks ass. Yes, that’s is – this is an asskicker with a  capital A!!
Janne Stark
Country: Greece/Finland/Germany
Year: 2012
Link: www.devilstrain.com <http://www.devilstrain.com/>
Posted by Janne Stark at 14:34 No comments: 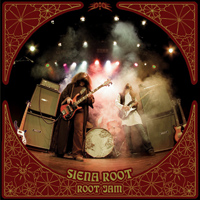 Swedish retro rockers Siena Root have released a number of highly interesting albums and now it was time for a live album, of course it had to be a double CD to fit all the jams. This band sure doesn’t kick out any jams, nope, they bring them in stretch them out nurture them and really bring out the essence of what retro jamming is all about. The music ranges from heavy Mountain style riffing, to trippy psychedelic parts with a touch of vintage Jefferson Airplane adding odd instruments such as recorder, hurdy gurdy, mandolin and derbuka. In songs like Bhimapalast they go all oriental, of course adding sitar to the brew. Next up, in Into The Woods, they start out as heavy as if you would fuse Black Sabbath and Deep Purple in a melting pot, but slowly bringing it down to a soft almost folky vibe, while Words reminds me of Uriah Heep. This is actually one of the live albums, where I feel I wanna see the band live myself when the opportunity is there. Great stuff, indeed!
Janne Stark
Label: Transubstans
Country: Sweden
Year: 2011
Link: www.sienaroot.com
Posted by Janne Stark at 14:31 No comments:

SOLID FLOW - Was It Something I Said (digital) 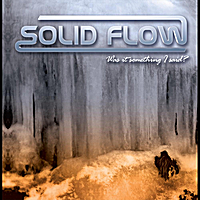 Sometimes it’s really a pity that some albums just remain unreleased. In those cases it’s a great thing we have Spitify and CDBaby.com. Solid Flow is one of those cases. The band features former Locomotive Breath bassist Ulf Kronsell, former Locomotive Breath drummer Jimmy Lexe, now found in Unfaithful, former T For Trouble/Seven guitarist Magnus Ölander, singer extraordinaires Mija Holmquist and Daniel Frank. In opening track Change Mija reminds me a bit Alanis Morisette gone hard rock. The style is here a bit similar to Freak Kitchen, but without the craziness. Ölander is a great guitarist, shamelessly underrated and underexposed. This is however not a streamlined album (which may be the reason a label hasn’t picked it up), which shows already in the second track which draws more towards southern hard rock, but with a heavy and detuned edge. Next up, the music takes a more funky turn, reminding me a bit of Sass Jordan in her Rats era. Besides Mija, the band also has a male singer/guitarist who sounds killer as well, Daniel Frank, a guy who recently received the prestigious Birgit Nilsson scholarship. Yes, he’s actually in the opera, which definitely doesn’t show here. The dude rocks! Revenge is a great up-tempo rocker with Mija and Daniel sharing the vocals. In I Know we return to the Freak Kitchen oriented riffing, here adding a really cool melodic chorus. One of my favourites is the quirky Silence Is Broken which made me think of a Swedish sadly forgotten band Red Rocket in the verse in the aforementioned Freak Kitchen in the chorus. I realize I’ve mentioned Freak Kitchen a couple of times, but still, Solid Flow are by no means any copy cats. Hey, labels, it still isn’t too late to get this out on CD! If you’re into bands like Shiva, Red Rocket, Freak Kitchen, check this out!
Janne Stark
Label: private
Country: Sweden
Year: 2012
Link: http://www.cdbaby.com/cd/solidflow 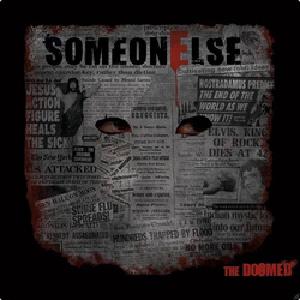 New modern rockers Someonelse hail from New York. Two of the members were previously part of Juniper Sky. At a first glance I felt The Doomed was a bit too “modern” and slick for me, but after a few spins it did grow on me. Songs like Wake Up makes me envision what a threesome between Coheed And Cambria, Deftones and Hoobastank would result in. I think the offspring would be – Someonelse! They have energy and post-hardcore touch of the two latter, while I hear some vocals resemblance of Coheed And Cambria’s Claudio Sanchez at times. The, quite proggy, track Comatose also has some musical hints of the aforementioned. Maybe it’s the New York air. The title track does have it’s C&C vide as well. I love the powerful heavy riffing going on here. The overall melodic vibe is actually a mix of all three bands I mentioned, plus I do find some hints of later days Avenged Sevenfold, which is also great in my book. Someonelse is however by no means any copycats, but do have a touch of their own. The production, by the band themselves, is powerful, dynamic and nice. All in all this is a really nice album that I’d be happy to recommend to fans of modern, melodic, proggy and interesting metal.
Janne Stark
Label: D.I.Y
Country: USA
Year: 2011
Link: http://www.someonelserocks.com/
Posted by Janne Stark at 23:55 No comments: 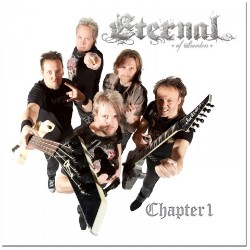 Eternal produces really good high quality guitar dominated melodic metal, very similar to Nocturnal Rites on The 8th Sin. The band has an outstanding singer in Christer Gärds with a great, raspy, still very melodic voice, actually a bit similar to Johnny in Nocturnal Rites, which is just great in my book. In Scream Higher I also hear quite a lot of Graham Bonnet in Christer, which is yet another nice touch. The balance between keyboards and guitar is really good, with the great guitarplaying of brother Bosse Gärds never being overshadowed. Keyboardist Pontus Lekaregård also does his part with a nice touch, not only laying down carpets of sound, but actually adding some nice key-twiddling in the background, like in second track Human. The production should be credited Peter Tägtgren who proves he not only masters the heavier side of metal, but does a great job also when it comes to melodic metal. Come to think of it, the keyboard sound of Human actually made me think of Tägtgren’s Pain. The album offers a nice variety of songs, from faster stuff like Virus and Ray Of Light, to heavier stuff like Stay The Night and the Rainbow:esque The Thing with its oriental harmonies. All in all a really good solid heavy melodic rocker of an album, that should fit in well on the roster of labels such as Escape or Frontiers.
Janne Stark
Label: High Gear Music
Country: Sweden
Year: 2011
Link: http://www.eternalsweden.com/
Posted by Janne Stark at 23:50 No comments: 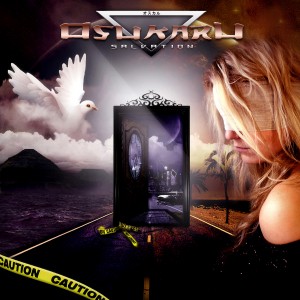 Swedish melodic rockers Osukaru, formed around former EYE member Oz Osukaru, have now returned with their third release. The first one was a bit lacking in the vocal department, while this was solved on the second release. Now they are back with new singer Chris Tiann. At a first glance he sounds really good. The voice is there, no doubt. However, there are some pitch problems here and there that makes me cringe a bit, which is a pity. The production is fat and nice. The song material feels quite strong and good. A bit strange, abrupt ending on the otherwise nice track Highway To The Stars and I would have fixed the bum notes in the guitar solo of Hot Blooded Woman, though. Great intro riff of City Lights, which reminds me a bit of Giant. Good, solid melodies and an album that will attract fans of H.E.A.T, Dynazty, Danger Avenue etc.
Janne Stark
Country: Sweden
Year: 2012
Link: http://www.osukarumusic.com/
Posted by Janne Stark at 23:46 No comments: