Ok, so I've finally come around to compile my top 10 of 2018!
I may (of course) have forgotten some album I later remember and go - daaaamned! Also, I still have a bunch of albums I haven't even had the time to listen to, so some may have gone under the radar. 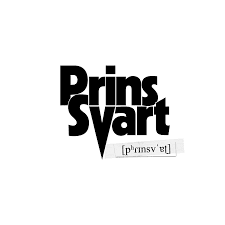 1. Prins Svart
This is truly a masterpiece delivered by four Swedish musicians that had a band back in the 90s called Four Sticks. They only released a promo album, but it was a kick-ass piece of plastic (now quite a rarity in its original press - it was quite recently re-issued by Grooveyard Records). Anyway, singer Stefan Berggren has also appeared fronting bands like Company of Snakes, Snakes In Paradise (I see a pattern here...), Berggren Kerslake Band as well as released solo stuff, guitarist Henrik Bergqvist was in The Poodles, bass player Thomas Thorberg in Plankton, Snakes In Paradise and drummer Sebastian Sippola has been beating the skins in Grand Magus, Fortune, Southfork, Plankton etc. In Prins Svart (Prince Black) they get to revisit the good old 70s riff arena, surprisingly (but I love it) singing in Swedish! An outstanding album, which really left me craving for more!! 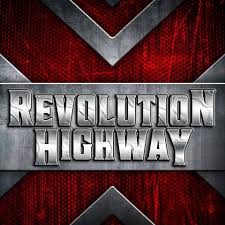 2. Revolution Highway - Revolution Highway (Grooveyard)
Man, this was on the verge! I received this outstanding CD in December, but damn! It really gave me a musical knock-out! Singer David Fefolt (FireWölf, Hawk, Masi, Valhalla) has the perfect bluesy, ripping voice to match the outstanding guitar licks of Greek riff phenomenon Stavros Papdopoulos (Universal Hippies, Super Vintage). I totally love Stavros other bands (and he's a great singer), but this combination just brings the level up exponentially! This is like hearing some of your favorite albums from the 70s for the first time, mixing classic hard rock with a southern groove and a phat bluesy vibe. Outstanding! 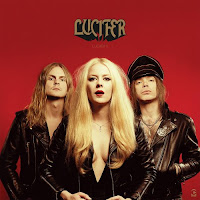 3. Lucifer - II
This one came as a total surprise. I had not even heard the band's first album when this gem just dropped down in my lap (well, it wasn't that simple - saw a link on FaceBook, listened, loved it, Googled the band, found the album and ordered it). Another outstanding slab of 70s oriented riff based hard rock with a touch of doom. Fronted by excellent singer Johanna Sadonis and also featuring former Entombed/Hellacopters bender Nicke Andersson. Riffs prevail! 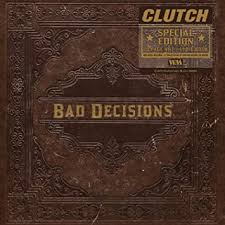 4. Clutch - Book Of Bad Decisions
I'm a huge fan of Clutch! The early stuff, not so much, but when I heard Blast Tyrant, I was hooked! The last couple of album have all be EPIC! "Earth Rocker" and "Psychic Warfare" - OUSTANDING! Well, I will admit "Bad Decisions" didn't reach their flawless status, but it's still so much better than so many other albums! A song like "In Walks Barbarella" alone beats 80 % of the releases of 2018. 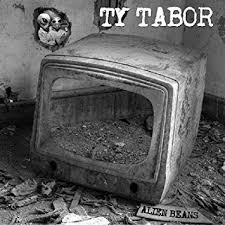 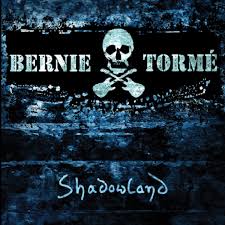 6. Bernie Tormé - Shadowland
Here's another guitar hero of mine that just keeps on delivering! I've been a pledger on his latest bunch of albums, and I've never been disappointed (which has happened with several others). "Shadowland" is not a good album, it's TWO great albums - in one! A double CD! He just keeps on delivering and he sounds better than ever! 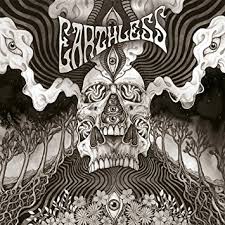 7. Earthless - Black Heaven
To be honest I so wanted to like the first two albums by Earthless. The riffs were great, the musicians kicked ass. But... instrumental music rarely does it for me these days. I just wished they would find a good singer to complete the band. Well, now they did! "Black Heaven" is a killer album, indeed! Heavy, stonery/doomy riffing without going over the edge. Actually, more retro than stoner. There are still some instrumental passages, but it works! 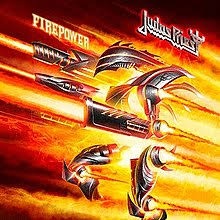 8. Judas Priest - Firepower
Man, I grew up on Judas Priest! I heard "Rocka Rolla" on the radio back in 1974 and was hooked! My cousin introduced me to "Sad Wings Of Destiny" and the line and sinker were in as well! I kinda lost them in the 90s and even though "Angel Of Retribution" and "Redeemer of Souls" were quite decent albums, they never really hit home with me. Now, "Firepower" is a different story! It doesn't beat the early stuff, but damn it's a powerful and outstanding effort indeed! 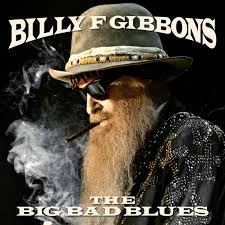 9. Billy Gibbons - Big Bad Blues
I bought Billy's first solo album "Perfectamundo", listened to it, hated it and immediately sold it. I read about the new album being more of a blues album. This time I listened to a couple of songs before buying it. Damn great album! Could have been a ZZ Top album, for sure! And a good one at that! 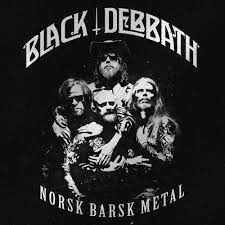 10. Black Debbath - Norsk Barsk Metal
I just love these Norwegian funny-guys! Musically this is top notch riff-oriented stonerish heavy rock with killer riffs and kick ass songs! The vocals may be the thing that will put some people off. The band sings in Norwegian and the vocals may not be to everyone's liking. The lyrics are funny as shit (which is another factor those who don't understand Norwegian will miss)! "Norsk Barsk Metal" means Norwegian Hard/Heavy Metal. Other song titles include: "Følelsesmessig Inkontinent" (Emotionally incontinent), " Etiske Retningslinjer For Tryllekunstnere" (Ethical guidelines for magicians) and "Pappa lukter tusj" (Daddy smells like ink). Gotta love 'em! 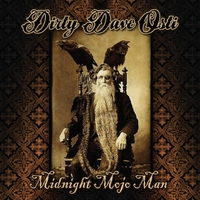 Dirty Dave Osti has four more CDs out on Grooveyard Records and they’ve all been pretty solid in my book. For some reason this one really hit home with me. Not sure what it is, but the riffs seem more solid and I like the groove a bit more. Stylewise, Dave, reminds me a bit of Michael Katon. Solid, heavy, guitar driven blues rock with both feet deep in the ground. “Be The Love” has a really cool 70s sounding classic riff that carries the song. The only thing that pissed me off was that Dave recorded an outstanding cover of “Walk Before You Run” by Savoy Brown. Why? Because I had planned to record it. Love that sone. But, since you did such a kick-ass version, you’re forgiven, Dave ;-). Another outstanding favorite track on this album is “Rebel Run”, a kick-ass riff rocker with some killer drumming. The instrumental “Spacewolf” sticks out a bit as well with its cool funky groove. All in all, a really solid album that should attract fans of classic, riff-oriented hard edged blues rock.
Janne Stark
Year: 2018
Country: USA
Label: Grooveyard Records

Eddings – Cornelius – All The Madness (CD) 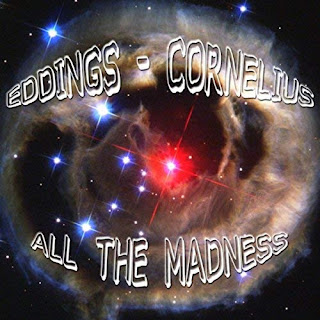 The artwork didn’t really impress, I must say, and the name Eddings-Cornelius didn’t say much. Steve Eddings: vocals and Larry Cornelius: all instruments. What could this be? Well, opening track “Down We Go” kicked off in a very promising way with its up-tempo southern rock vibe. “Burnin’ My Bridges” keeps the southern vibe up and adds some cool slide guitar as well. My only complaint would be the programmed drums, which don’t sound that exciting. The production is overall quite “cheap”, but it does have a certain charm to it. “Tooth And Nail” mixes the southern vibe and some classic 70s hard rock and they sometime makes me think of 70s bands like Hydra and Earl Slick Band. Larry has some pretty cool guitar chops and Steve’s vocals fit the music very well. The album is pretty solid, but there are a couple of tracks that are way too pop/country for me, such as “Eileen” and “Make Me Fit”.
Janne Stark
Year: 2014
Label: Private


Country: USA
Posted by Janne Stark at 13:24 No comments:

We Could Build An Empire – In This Place (CD) 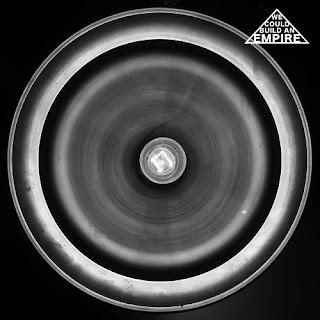 For being quite a small country and on the brink of collapse (at least according to Fox news… I haven’t seen it and I live here) we do squeeze out quite an impressive number of bands and records per year. So, here’s another name to add to the list – We Could Build An Empire. Musically they are really hard to box in. “All In This Together” sounds very Ghost influenced, while “Worry Of The Heart” has a heavier edge. “Red III” is quite proggy and quirky. I find it really hard to pin down this band, I must say. Musically they blend in elements of U2 (which I hate, but they kinda make it sound good), Ghost, King Crimson, Katatonia, Opeth, at times with proggy elements, and at times, as in “In This Place” with an almost gothy feel. “The Rise And The Fall” is another killer track that needs to be mentioned. The band features Marcus Pehrsson (ex-Last Laugh): lead vocals and bass, Pat Wallin (ex-Last Laugh): guitar and Michael Ohsson on drums. This is one of those albums I find highly intriguing. At first I can’t decide if I like it or not, I listen to it like watching an accident waiting to happen, can’t look away, can’t turn it off, and in the end I can’t stop listening to it. A really great album, indeed!
Janne Stark
Year: 2018
Country: Sweden


Label: Mighty Music
Posted by Janne Stark at 13:23 No comments: