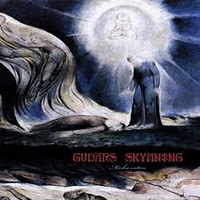 I’m not sure why, but it seems Swedish bands have a certain knack for interpreting, reinventing and rejuvenating the classic old seventies hard rock and elevating it to a new level. Abramis Brama, Graveyard, Magnolia, Mangrove, Blowback, Siena Root, well, they are many and they are good. Now Gudars Skymning presents their second release and they made me a happy man again. Mörka vatten (dark waters). It starts out with a pleasant kick in the joint with the riffster Jag är en trollkarl (I’m a wizard) and continues with the heavy and doomy Södersläntsblues, which actually reminds me a bit of Black Sabbath’s Hand Of Doom. What I like about Gudars Skymning is that the song material is not just plowing down one row, they spread the seeds pretty well. The songs range from straight ahead riffing to some more chords based bluesy stuff, even with some folky overtones in songs like Hyfs och fason. I älvens svarta djup is another cool thing with lots of dual guitars, solos both right and left. One of my absolute favourite riffs is found in two versions on this album, first in Swedish and then in English. Well, not the riff, but the lyrics. Aldrig har jag vetat is a Swedish version of Mountain’s classic Never In My Life, which appears as the last track in its original format. A cool version staying very to the original (except the Swedish lyrics). Another Swedish retro gem to keep a lookout for! 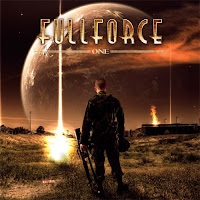 Swedish power metal all-star constellation Fullforce have been in the starting blocks for some time, but finally the debut has now been released. If the start by revealing the line-up you may get a picture of what this is all about. Vocals are handled by Cloudscape/Planet Alliance singer Mike Andersson, which secures that that department is well taken care of. The guitar department is run by former Hammerfall/Fullstrike stringsman Stefan Elmgren and Narnia/System Breakdown/Grimmark shredder CJ Grimmark. So, guitars: check. The bass work was initially handled by former Hammerfaller Magnus Rosén, but before the album he handed that task over to his Hammerfall replacement Tommy Larsson, and I’m not complaining here either. The drums are handled by none other than Hammerfall, former Silver Mountain, Malmsteen, Planet Alliance, Johansson drummer Anders Johansson, which seals the deal when it comes to musical talent in the band. Well, talent alone doesn’t make a great band. There have to be songs. So, how does the band do in this department? Album opener Mythomaniac actually didn’t fully convince me. It’s by no means a bad song, it just felt a bit – ok, good song, but I do expect some more from this bunch. Well, fear not, second track None Of Your Concern shatters all the previous doubts with it’s driving and heavy riffing, great chorus and powerful delivery. I think fans of Cloudscape, Planet Alliance and even to a certain extent Hammerfall, will feel pretty much at home. We’re talking melodic power metal here. It’s no reinvention of the wheel, but it’s a nice change of tyres I’d say. Songs like Oblivion throws in some nice oriental vibes, which makes a nice change. There’s also some more straight ahead classic hard rock riffing thrown into the mix, which is nice. The album is full of strong choruses, but fortunately not the type of major scale stuff where you’d end up in the Eurovision Song Contest if you remove the distorted guitars. Good solid stuff! I also like the mix by Grimmark. Powerful and with great separation. The song-writing has been shared between Andersson, Elmgren and Grimmark, which I also think contributes to the nice diversity in the songs. This is a good solid debut from a collection of great names, which proves this is not just a product that looks good on paper, it does sound great as well. 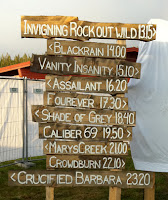 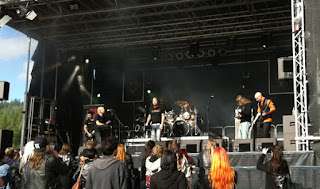 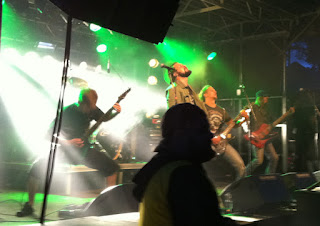 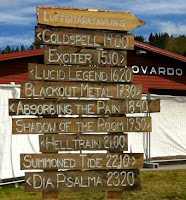 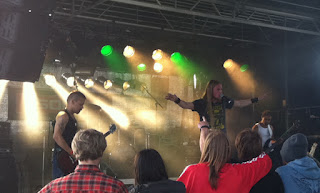 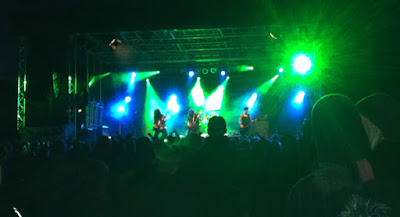 I had the great pleasure of getting acquainted with Vanity Insanity at the Rock Out Wild festival. A bunch of nice and great sounding guys live. The band’s first four-track demo proves the songs are just as strong when listening without the live experience. It kicks off with sleazy rocker Better Without You with it’s cool riffing and Skid Row-attitude. Viggo is a great singer with the perfect attitude and vocal tone for the musical direction, with a bit of Sebastian Bach tone actually. The song written for the Rock Out Wild festival is a great groovy rocker with some detuned riffing going on. Drop Dead starts out a bit like Still Of The Night but takes its own path, just as heavy though. Dented Halo is a straight ahead rocker in the vein of classic Poison meets Crüe. Songs that should attract any fan of good old sleaze. The demo was recorded very quickly, which unfortunately shows in the mix and delivery. Give this band a proper studio, a great engineer and I’m sure they will give bands like Crashdïet, Crazy Lixx and Loud ‘N Nasty a run for their money!
Janne Stark
Label: self-released
Year: 2011
Country: Sweden
Link: http://www.myspace.com/Vanity.Insanity
Posted by Janne Stark at 15:07 No comments: 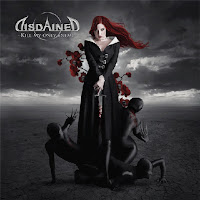