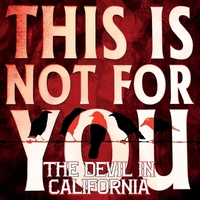 After an outstanding debut album, which made you wonder if and how these American heavy southern rockers would be able to follow it up, they are back again. The band’s new 5-track EP ”This Is Not For You” proves these boys sure have more goodies of the same style, sound and quality to offer. Actually, it’s four tracks and a short spoken intro. After the intro, ”Push It Along” kicks off with some wah-guitar, leading into a heavy, groovy, riff rocker. They remind me a bit of Black Water Rising (who unfortunately haven’t managed to maintain the magic of their debut). ”As The Crow Flies” starts off with a short slide intro, then immediately kicks into groove mode. Heavy, chunky and relentless, with a short soft interlude, where singer Anthony Malson stretches his vocals a bit more than he usually does, before the chorus kicks in. Killer stuff indeed! ”Elsewhere” keeps the groove going with the precision of an old steam locomotive, with an added bluesy touch. The EP finishes, way too soon, with ”The Storm”, which starts out quite soft and unpredictable, until the band kicks in high gear, but only for a short moment. I really love the dry and in-your-face mix, where it sounds like the guitar is right next to you. Quite a different track, quite ambient, with a mix of soft and heavy parts weaving into each other. My only complaint would be that it starts out like there will be a great, bluesy guitar solo, but after just a few starting licks it ends. All in all a kick-ass EP, that gives me great hope for a new full length album. If you’re into bands like Black Water Rising, (early) Texas Hippie Coalition, Preacher Stone etc, check the out!!
Janne Stark
Country: USA
Year: 2017
Label: self-released
Posted by Janne Stark at 00:15 No comments: 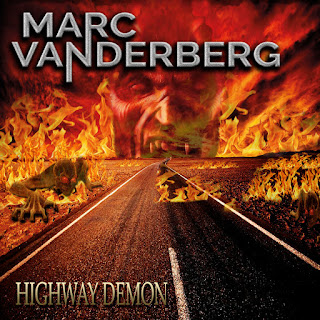 German guitarist Marc Vanderberg made his debut as late as 2015, but you clearly hear his influences were neatly picked from 80s bands and artists like Malmsteen, Europe and I do hear quite a bit of Obsession in there, especially in the excellent melodic hard rocker ”Blue Eyes”, where singer Raphael Gazal sounds quite close to Michael Vescera (but thankfully not as nasal). As you may have gathered by now, this is not an instrumental guitar album, but a full on band album. Melodic hard rock with a neo-classical touch, that definitely should appeal to fans of Yngwie, MVP, Royal Hunt, Obsession, Narnia etc. Marc is a great guitarist, highly influenced by the 80s shredders, with Strat sound, swift sweeps and everything. The songs, I must say, are way better than what his Swedish predecessor manages to come up with today (plus Marc has a way better singer). Another Swedish Yngwiesque shredder, Stefan Lindholm (Vindictiv), lends some licks and sweeps in the track "You’re Like A Poison". "Indespensable" has a more traditional hard rock feel to it, and could have been a Shakra or Gotthard semi-ballad (I just really hate those flap-flap bass drums that sounds like a guy playing two bass drums for the first time. Sorry). The production is ok, but the bass guitar is almost missing, I’m no fan of programmed drums (even though this sounds very good) and it wound need proper mastering. Still, it’s a pretty solid neo-classical metal album with kick-ass guitar playing and great vocals.
Janne Stark
Year: 2017
Country: Germany
Label: self-released
Posted by Janne Stark at 00:10 No comments: 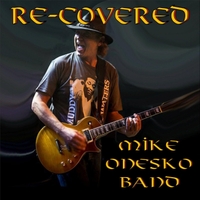 Mike Onesko has released a buch of albums on his own, as well as with Blind Side Blues Band. There has been the occasional cover on his previous albums, but as the title may suggest, this one is all about that. The album starts off with two Robin Trower interpretations, the usual suspects I would say - ”Day of the Eagle” and ”Bridge of Sighs”. Mike doesn’t really stray away too far from the originals and even though I really like Mike as a guitarist, he unfortunately doesn't (and, well, not many) come close to Trower. The vocals are kick-ass, though. Steppenwolf’s ”Sookie Sookie” gets a solid makeover and he does a really fat and chunky updated version of Arthur Brown’s ”Fire”, where the vocals are instead a slightly weak link. I also like the chugging arrangement of The Beatles’ ”Elenor Rigby”. The cover of The Motels ”Only the Lonely”, to me, feels a little out of place with its semi-soft standard rock feel. Really good vocals by Angela Onesko, though. Odd choice of a cover methinks. Cream’s ”SWLABR” is more in line with the rest and is a great and solid offering. When doing a cover album I always try to avoid the obvious bar band cover songs recorded a zillion times. Well, Mike doing Hendrix ”Hey Joe” proves he doesn’t share that philosophy. A good effort, but I do wonder why? ”Wishing Well” is another standard, done true to the original. Led Zeppelin’s ”No Quarter” is not your average bar band cover, even though it has been quite frequently interpreted, and Mike does do a solid version of it, here with Jeff Martin handling the vocals, embracing his inner Plant. The album is a really good effort, no doubt, but I must admit I would have liked to see more unexpected covers, or at least some more daring arrangements. Maybe next time?
Janne Stark
Label: Jib Machine Records
Year: 2017
Country: USA
Posted by Janne Stark at 00:07 No comments:

Thungur - No Going Back (CD) 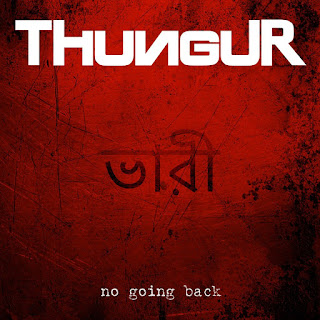 Here’s a new and modern sounding power pack called Thungur (heavy in Icelandic - remember Jorn’s Thungur Knivur - Heavy Knife), which I for some reason though were from Iceland, when it turns out they reside in Malmö, an hour from me. They were previously called Bend And Break, under which monicker they releaed two streaming albums. The album kicks off with the de-tuned riffing of "White Lies" sounding quite akin to fellows Corroded. Heavy, yet melodic, drop tuned hard rock with solid clean, albeit somewhat angry, vocals. Kristjan Samuelsson is a really great singer with a versatile voice, going all death metal in the verse of "Pink Champagne", but cleaning it up in the chorus. This track is all way darker and heavier than some of the other tracks. Guitarist Björn Stegerling doesn’t dwell in long guitar solos. If there’s even any, they are short and simple. His rhythm work is powerful as a brick wall, and his production likewise. Bassist Roger Nielsen and drummer Andreas Albihn backs him up with killer groove and heaviness. The songs are quite straightforward at a first glance, but there are some great quirky twists popping up here and there. Sometimes they sound a bit like the missing link between Black Label Society and Shinedown, which ain’t a bad thing in my book.
Posted by Janne Stark at 00:02 No comments: 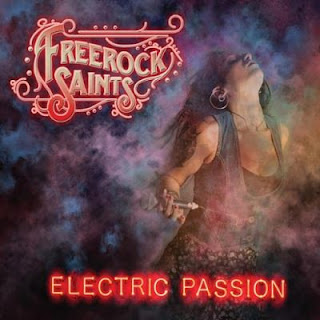 Greek band Freerock Saints follow up their first album ”Blue Pearl Union” with yet another slab of bluesy hard rock with a steady seventies backbone. Female singer Areti Valavanopoulou sure has the voice of a black winged angel, sassy, bluesy, powerful and truly convincing, while her colleague Stavros Papadopoulos delivers the fat guitar licks with the same power and conviction. Try imagining Bad Company with Sass Jordan on vocals and you’re in the ballpark of what Freerock Saints sound like. The mix is fat and powerful, yet ambient and well separated. I am a big fan of the debut but still feel this one is a tad bit better and more even. It’s hard to pick any favorite track, but one that immediately grabbed me was the groove oriented ”Passion City”. A killer release well worth spending your hard earned cash on.
Janne Stark
Year: 2017
Label: Grooveyard Records
Country: Greece
Posted by Janne Stark at 00:00 No comments: 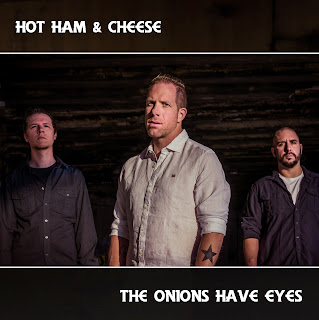 Even though the band name is almost as silly as the album title, the music actually kicks ass. The album starts off with the pretty straight ahead and powerful ”Scorpion’s Dilemma”, followed by ”Drones”, which is almost a bit progressive in its build-up, blending some Faith No More elements into the mix. Killer guitar playing from Charlie, who also provides some really great vocals sounding a bit like a mix of Mike Patton and Ty Tabor. ”Worth it or Worthless” is a heavy, crunchy bulldozer rocker, a bit like mixing Monster Magnet and Clutch. ”Onions” is a weird one, heavy yet a bit messy with slightly un-melodic Ozzy:ish vocals. Things are about to get even weirder when the band spits out punk rocker ”12-step Billy”, which makes little sense. ”Fo Lig” steers the wagon back on track with its stonerish funk attitude. I like it! ”Living in the Gutter” moves into Red Hot Chilli Peppers meet Rage Against The Machine territory with its funk o metal rap style, while the acoustic ”Whitetail” throws a total curveball. A nice ballad. Ok, Neil Young’s ”Rockin’ in the Free World” may not be a bad song, but for an album I would have chosen a slightly more interesting and exciting cover (I admit, I don’t even like it with Neil Young), or I would at least do something exciting with it. A bit off a turn-off on a really good and interesting album. Will definitely check out their previous stuff!
Janne Stark
Year: 2017
Country: USA
Label: Jib Machine Records
Posted by Janne Stark at 23:58 No comments: