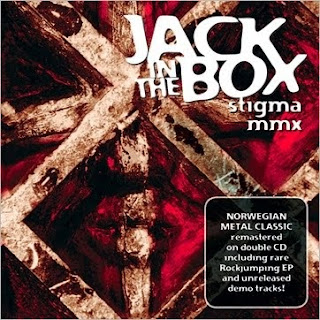 Before I start this review I must point out that this album, in its original version, is in the top section of my favourite albums, EVER! Now, first off I will tell you that my top section does not consist of the usual suspects like Led Zeppelin, Black Sabbath or Deep Purple. I’m a bit quirkier than that (well, at least not your run of the mill standard hard rock/metal fan). It’s up there with the likes of King’s X’s “Gretchen Goes To Nebraska”, Diamond REO’s “Dirty Diamonds”, Sir Lord Baltimore’s “Kingdom Come” and Captain Beyond’s self-titled debut. If we start with the phenomenal mix by Ken Ingwersen, it’s nothing short of pure magic. Heavy, yet with a lot of air. Outstanding bass sound, combined with killer drums and a guitar sound that breaks down walls. Just take a song like the outstandingly heavy “Butterfly”. That riff surpasses anything Black Sabbath has ever written in terms of heavy riffs! (Yes, I know I just committed a blasphemy, but that’s how I feel, can’t help it). Another thing that is so cool and a bit of the band’s trade mark, is the way they build up a killer riff, just to leave off the bass continuing with the riff and the guitars go into totally different places, just to come back and tip another bunch of cows over. On top of all you have the exquisite soulful voice of Eric Si. This is a perfect combination of killer musicians, a perfectly fitting singer, top notch production and of course, last but not least, song material so close to perfection it’s probably the only album I would ever need on a desert island. The album opens up, instantly proving this is a band you just don’t put in a box (despite the name). “In2 Thousand Pieces” opens with atonal guitar, like a “Purple Haze” of the 90’s, but evolves into a groovy, driving track with a heavy and chunky riff that takes the songs placed you wouldn’t expect. The bass going its own way, leaving the guitars to riff on their own. Little things here and they, like a slightly delayed beat, a sudden break, things that makes the song, and the album for that matter, so much more interesting to listen to. I have a tendency to grow tired of parts of albums, such as the ballads. A lot of bands just can't write interesting ballads. However this band manages to keep my attention. The title track is a very soft flowing track, with a really cool combination of soft plucking guitars, a heavy driving bass and Frode Lamöy’s repetitive but very cool drum pattern. “Lilac Road” is another very different style ballad, more like a melodic poem over a guitar pattern. Also here the production gives the song so many new dimensions. Just listen in your headphones and you’ll hear all the little details such as chanting Indians. The last ballad type song is the album closer “Cycle”, which is also far from your standard ballad, but starts out with acoustic guitar, heavy bass and cool drums, with a heavy, brutal slightly atonal passage which keeps your ears on your toes. Then of course we have the obvious hits, also not hits in the sense of radio friendly, poppy sing-alongs. These are songs that get stuck in your brain without being annoying. They are just so friggin’ great! “French Fries For Breakfast” (you just gotta love that title!), “Yellow” (with it’s …interesting… lyrics), the driving, quirky and outstanding “In Tune” and of course the groovy “Challenge Chamber Champagne”. I also have to mention the killer heavy “Not Yet” where Eric goes deep in his vocal register and so do the riffs. I could go on and describe every song on this album, because they all are different with their own flare, but still the album is an ALBUM with a common thread, a start and a goal and everything inbetween is flawless. After listening to this new re-master, I can just conclude this one is like a very fine and very expensive wine that just gets better with age. The advantage compared to the wine is that this one you can enjoy again, and again, and again. It’s also much cheaper and you don’t get a hangover. Fuck the wine, get “Stigma”!

What about the bonus CD, then? Well, now here’s another reason that you MUST have this album! It starts off with a really cool demo version of "Cycle", called “Psychle”, quite different from the album. It’s followed by the unreleased track “Snow White”, a quite suggestive and really cool rocker in the same vein as the album, just a different mix. Should definitely have made it on to the album when it comes to quality! Next up is a really cool quirky rocker called “No Place Like Home”. It’s definitely got the Jack magic, but it’s a bit different in its approach and I can see why it didn’t make it to the album. Not because of less quality, but it’s a bit different. Love it, though! “Blackout Of You”, a totally beautiful ballad with quite familiar lyrics. Awesome! Next up is a demo version of “Sister”, which sounds very different from the album, and here the King’s X influences really shine through. Love the album version, but I would have bought this one, too. Really nice tight guitar sound with Ty Tabor written all over it! The demo version of “French Fries For Breakfast” follows in the same vein, and this one is even further away from the album version. Same here, love the album version, but I would have settled for this one not knowing the other one. Cool clean funky verse guitars on this one. Then we have the five tracks from the rare “Rockjumping” EP. I liked the EP, but LOVE the album (as you may have gathered…). However, these songs really came to live again after seeing the band live. It’s like I saw the big picture. The re-mastering hasn’t hurt it at all. It’s more vibrant (as Gordon Ramsey would’ve put it). Go out and get some Stigma!
Janne Stark