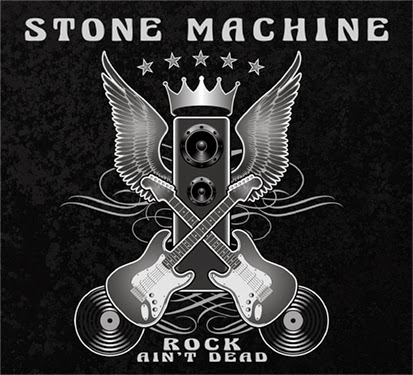 Rock sure ain’t dead, and Stone Machine prove it again, for the third time! This band sure has kept the same driving energy and punch-in-your-face classic hard rock attitude ever since the first riff on the debut. Think classic Bad Company meets the debut Cry Of Love album. A match made in classic rawk heaven! Singer Jason Mays has a great bluesy vibe and feel, and I truly love his slightly raspy voice. Guitarist/basist/keyboardist and songwriter Dirk Blevins plays some mean catchy riffs and he’s got a really groovy rhythm style going on as well. The groovy rocker Got It Bad sounds like if AC/DC and Aerosmith had a baby back in the mid-seventies. I really love the old school, Joe Perry:ish guitar sound. There’s a nice touch of good old southern rock á la Lynyrd Skynyrd in tracks like Sad To Say and the band’s own Freebird: Mr. Blues, appropriately dedicated to the late Ronnie Van Zant. A band ain’t better than its weakest link. I’ll be damned if I can find one here though. It sure ain’t drummer Jeremy Hall, who’s really good a great groove and drives the whole package in the best possible way. The title track sure has a groove as big as they come! It’s impossible to sit still to this one I assure you! Sugar Mama shows some killer Led Zep vibes and the legacy of Bonham is definitely hovering over this one! Man, I’d LOVE to see this band live! If they sound this loose and lethal on record I can’t imagine what they will deliver on stage, but I’d sure like to know! Fans of southern style bluesy hard rock and bands like Cry Of Love, Electric Mary, Bad Company, King Kharma, Rufus Huff etc this one’s for you! While you’re at it – get all three!
Janne Stark
Year: 2014
Country: USA
Label: Grooveyard Records
Link: www.facebook.com/pages/Stone-Machine/188100952228