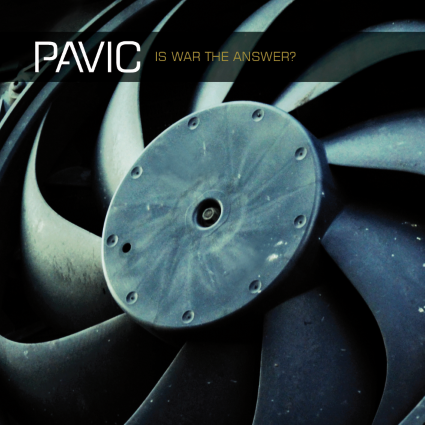 Wow, this was quite the surprise! Italian melodic rockers really decided to give their music a new spin on the new album “Is War The Answer?”. They drafted new and excellent singer Joe Calabro, brought in renowned producer Rick Beato (Shinedown) to mix the album and changed their musical delivery accordingly. “Modern” is in some people’s ears a dirty word but, but good music is good music whether it’s modern or retro, methinks. The new Pavic delivery is definitely modern. If you’re into bands like Alter Bridge, Nickelback and Shinedown, you should definitely check this album out. The album also features the power ballad "Song For The Rain", which is in the same category as Nickelback’s “Photograph”, and which, with the right backing could be a huge hit. The band also does an unexpected cover of Duran Duran's "Notorious". Great sounding band, great vocals and Marco Pavic is an excellent guitar player! Congrats!
Janne Stark
Label: New Venture Music
Country: Italy
Year: 2014