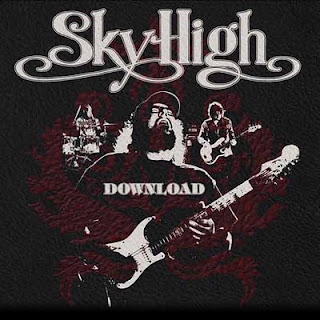 Holy shit! Yngström & Co kicks off the new album with a point blank ball buster of a blues rocker. “Rok U” is a highly fitting title on this opening rawker. The subsequent “Lo-Rider” has some immediate good old, and quite rare, ZZ Top vibes the boogie way. The highly weird guitar solo probably Billy Gibbons wouldn’t even have dared doing. Clas does, and me likey – ugly and wicked! Then Clas’ guitar playing has always been slippery, rough and loaded with feeling. Even if I’ve always been a fan of Sky High I’ve never really gone around pining for a new album, but having listened to the new album quite a few times I feel maybe I should have. This is without doubt the best album Sky High has released since “Freezin’ Hot”. I really did like the album “Freedom”, released a few years ago, but I feel “Download” is the winner of the two. Clas of course shows his Hendrixy sides and here one of the cooler things is entitled “Better Place” Another track that kinda sticks out from the traditional Sky High template, is “out Of Time & Out Of Mind” with its cool verse and straight, driving and loud chorus. That Clas’ lyrics often are filled with his personal opinions is a well known fact, and here people in general get a slap in the face in the rock n rolling “People Like Crap”, a song that opens with the foreplay “Touched” where Rockis and James run amok. The album also includes two covers; Free’s old “Stealer” and Johnny Winter’s “Easy Life Rider”. Whoever thought Sky High was down for the cound has made a worse calculating error than the American real estate business. Up the blues horns!
/Janne Stark